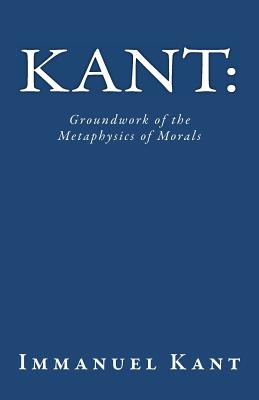 Groundwork of the Metaphysics of Morals

This volume collects Kant's most important ethical and anthropological writings from the 1760s, before he developed his critical philosophy. The materials presented here range from the Observations, one of Kant's most elegantly written and immediately popular texts, to the accompanying Remarks which Kant wrote in his personal copy of the Observations and which are translated here in their entirety for the first time. This edition also includes little-known essays as well as personal notes and fragments that reveal the emergence of Kant's complex philosophical ideas. Those familiar with Kant's later works will discover a Kant interested in the beauty' as well as the dignity' of humanity, in human diversity as well as the universality of morals, and in practical concerns rather than abstract philosophizing. Readers will be able to see Kant's development from the Observations through the Remarks towards the moral philosophy that eventually made him famous.