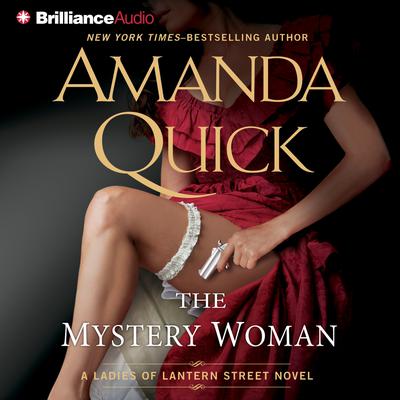 The new Ladies of Lantern Street novel from Amanda Quick explores the crimes, passions, and paranormal secrets of Victorian London.

Under the plain gray skirts of Miss Beatrice Lockwood’s gown, a pistol waits at the ready. For Beatrice is a paid companion on a secret mission — and with a secret past — and she must be prepared to fight for her life at any moment.

Yet she is thrown oddly off guard by the fierce-looking man who joins her in foiling a crime outside a fancy ball — and then disappears into the shadows, leaving only his card. His name is Joshua Gage, and he claims to know Beatrice’s employers. Beyond that, he is an enigma with a hypnotically calm voice and an ebony-and-steel cane. . . .

Joshua, who carries out clandestine investigations for the Crown, is equally intrigued. He has a personal interest in Miss Lockwood, a suspected thief and murderer, not to mention a fraudster who claims to have psychical powers. The quest to discover her whereabouts has pulled him away from his mournful impulses to hurl himself into the sea — and engaged his curiosity about the real Beatrice Lockwood, whose spirit, he suspects, is not as delicate as her face and figure.

He does know one thing, though: This flame-haired beauty was present the night Roland Fleming died at the Academy of the Occult. Guilty or not, she is his guide to a trail of blood and blackmail, mesmerism and madness — a path that will lead both of them into the clutches of a killer who calls himself the Bone Man. . . .