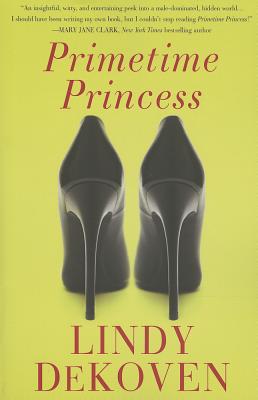 High heels, hijinks, and head honchos in Hollywood Chauvinism. Cutthroat competition. It's all in a day's work for Alexa Ross, vice president of comedy development at Hawkeye Broadcasting System. After years of fighting her way through the Hollywood boys' club, Alexa thinks she's finally free of Jerry Kellner, her sleazy ex-boss -- until she learns that Jerry is her newest employee. Now it's all-out war at HBS, and Jerry is determined to destroy Alexa. Good thing Alexa has her charming boyfriend, Gordon, and her best girlfriends for emotional support. But the pressure in her life forces her to a breaking point, and she finds herself wondering what matters most -- and if she has the strength and the determination to finally shatter the glass ceiling without ruining the rest of her life.