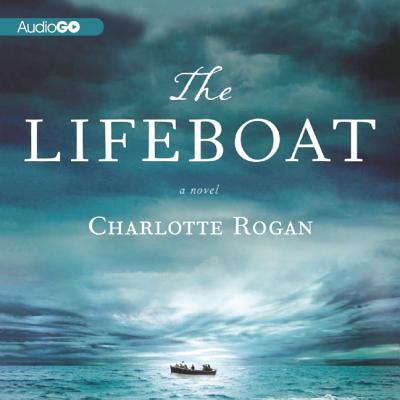 In the summer of 1914, Grace elopes with Henry Winter in London, hoping to escape the disapproval of his wealthy family. When the elegant ocean liner carrying them home to America suffers a mysterious explosion, Henry sacrifices his own safety and secures Grace a seat in a lifeboat, which its occupants quickly realize is over capacity. For any to live, some must die. Adrift on the Atlantic, the weather deteriorating and supplies dwindling, the castaways scheme and battle, caught up in a vicious power struggle between a ruthless but experienced sailor and an enigmatic matron with surprising powers of persuasion. Choosing a side will seal her fate, but Grace has made her way in the world by seizing every possible advantage. As she recollects the unorthodox way she and Henry met and considers the new life of privilege she thought she'd found, Grace must now decide: will she pay any price to keep it? The Lifeboat is a masterful debut, a story of hard choices, ambition, and endurance, narrated by a woman as complex and unforgettable as the events she describes.

Charlotte Rogan graduated from Princeton in 1975. She taught herself to write between working at various jobs and bringing up triplets. Her childhood vacations with a family of sailors provided inspiration for "The Lifeboat," her first novel. She lives in Westport, Connecticut with her husband.
Loading...
or
Not Currently Available for Direct Purchase