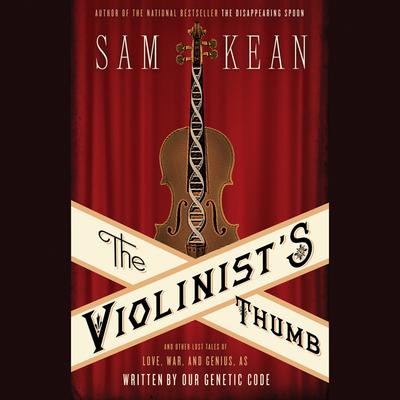 In The Disappearing Spoon, bestselling author Sam Kean unlocked the mysteries of the periodic table. In THE VIOLINIST'S THUMB, he explores the wonders of the magical building block of life: DNA.

Sam Kean is a writer in Washington, D.C. He is the author of the New York Times bestseller The Disappearing Spoon and his work has appeared in the New York Times Magazine, Mental Floss, Slate, the New York Post, and New Scientist. In 2009 he was a runner-up for the National Association of Science Writers' Evert Clark/Seth Payne Award for best science writer under the age of thirty, and he was a Middlebury Environmental Journalism fellow.