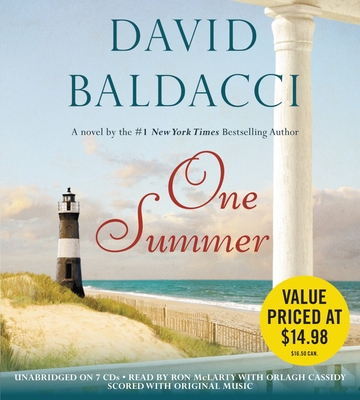 It's almost Christmas, but there is no joy in the house of terminally ill Jack and his family. With only a short time left to live, he spends his last days preparing to say goodbye to his devoted wife, Lizzie, and their three children. Then, unthinkably, tragedy strikes again: Lizzie is killed in a car accident. With no one able to care for them, the children are separated from each other and sent to live with family members around the country.

Just when all seems lost, Jack begins to recover in a miraculous turn of events. He rises from what should have been his deathbed, determined to bring his fractured family back together. Struggling to rebuild their lives after Lizzie's death, he reunites everyone at Lizzie's childhood home on the oceanfront in South Carolina. And there, over one unforgettable summer, Jack will begin to learn to love again, and he and his children will learn how to become a family once more.

DAVID BALDACCI is a global #1 bestselling author, and one of the world's favorite storytellers. His books are published in over forty-five languages and in more than eighty countries, with 150 million copies sold worldwide. His works have been adapted for both feature film and television. David Baldacci is also the cofounder, along with his wife, of the Wish You Well Foundation, a nonprofit organization dedicated to supporting literacy efforts across America. Still a resident of his native Virginia, he invites you to visit him at DavidBaldacci.com and his foundation at WishYouWellFoundation.org.
or
Not Currently Available for Direct Purchase
Copyright © 2020 American Booksellers Association