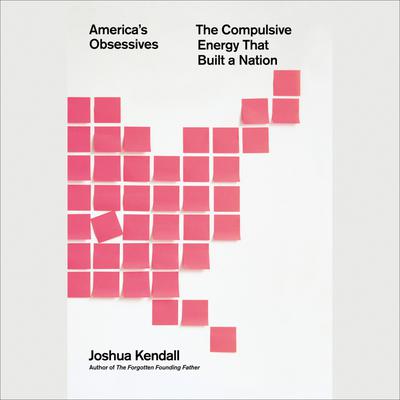 When most of us think of Charles Lindbergh, we picture a dashing twenty-five-year-old aviator stepping out of the Spirit of St. Louis after completing his solo flight across the Atlantic. What we don't see is the awkward high school student, who preferred ogling new gadgets at the hardware store to watching girls walk by in their summer dresses. Sure, Lindbergh's unique mindset invented the pre-flight checklist, but his obsession with order also led him to demand that his wife and three German mistresses account for all their household expenditures in detailed ledgers.
Lucky Lindy is just one of several American icons whom Joshua Kendall puts on the psychologist's couch in AMERICA'S OBSESSIVES. In this fascinating look at the arc of American history through the lens of compulsive behavior, he shows how some of our nation's greatest achievements-from the Declaration of Independence to the invention of the iPhone-have roots in the disappointments and frustrations of early childhood.
Starting with the obsessive natures of some of Silicon Valley's titans, including Steve Jobs, Kendall moves on to profile seven iconic figures, such as founding father Thomas Jefferson, licentious librarian Melvil Dewey, condiment kingpin H. J. Heinz, slugger Ted Williams, and Estee Lauder. This last personality was so obsessed with touching other women's faces that she transformed her compulsion into a multibillion-dollar cosmetics corporation.
Entertaining and instructive, Kendall offers up a few scoops along the way: Little do most Americans know that Charles Lindbergh, under the alias Clark Kent, sired seven children with his three German "wives." As Lindbergh's daughter Reeve told Kendall, "Now I know why he was gone so much. I also understand why he was delighted when I was learning German."

Joshua C. Kendall is the author of The Man Who Made Lists (Putnam, 2008), about the creation of Roget's Thesaurus, and The Forgotten Founding Father (Putnam, 2011), a biography of Noah Webster, the lexicographer responsible for Webster's Dictionary. He is also an award-winning journalist whose work has appeared in the Wall Street Journal, Los Angeles Times, Financial Times, Psychology Today and BusinessWeek, among others publications. He is an Associate Fellow of Yale's Trumbull College.