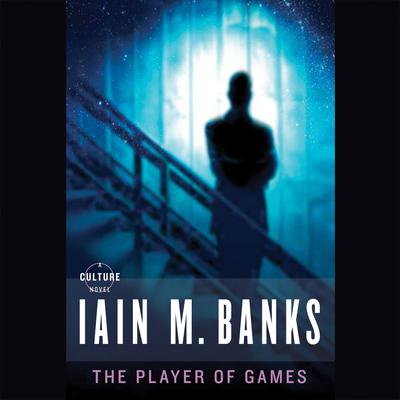 The Culture -- a human/machine symbiotic society -- has thrown up many great Game Players, and one of the greatest is Gurgeh. Jernau Morat Gurgeh. The Player of Games. Master of every board, computer and strategy. Bored with success, Gurgeh travels to the Empire of Azad, cruel and incredibly wealthy, to try their fabulous game. . .a game so complex, so like life itself, that the winner becomes emperor. Mocked, blackmailed, almost murdered, Gurgeh accepts the game, and with it the challenge of his life -- and very possibly his death.

Iain Banks came to controversial public notice with the publication of his first novel, The Wasp Factory, in 1984. Consider Phlebas, his first science fiction novel, was published under the name Iain M. Banks in 1987. He is now widely acclaimed as one of the most powerful, innovative and exciting writers of his generation.