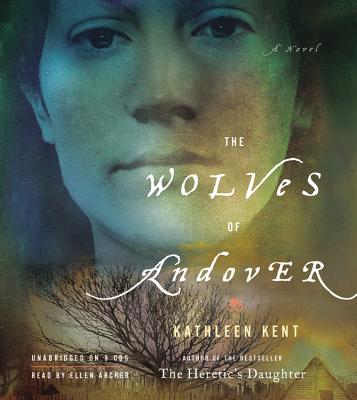 The Wolves of Andover (CD-Audio)

“This prequel to The Heretic's Daughter presents the early days of Thomas and Martha Carrier in recently settled colonial New England. The ramifications of the English Civil War and Cromwell's failed protectorate are still felt in most lives, especially that of Thomas, who protects his secrets and must be wary of the King's assassins. Strong characters, tense plotting and great historical detail make for a superb novel.”
— Bill Cusumano, Nicola's Books, Ann Arbor, MI
View the List

In the harsh wilderness of colonial Massachusetts, Martha Allen works as a servant in her cousin's household, taking charge and locking wills with everyone. Thomas Carrier labors for the family and is known both for his immense strength and size and mysterious past. The two begin a courtship that suits their independent natures, with Thomas slowly revealing the story of his part in the English Civil War. But in the rugged new world they inhabit, danger is ever present, whether it be from the assassins sent from London to kill the executioner of Charles I or the wolves -- in many forms -- who hunt for blood.

A love story and a tale of courage, The Wolves of Andover confirms Kathleen Kent's ability to craft powerful stories of family from colonial history.

Kathleen Kent is the author of the Edgar Award-nominated The Dime, as well as the bestselling historical novels The Heretic's Daughter, The Traitor's Wife, and The Outcasts. Kent lives in Dallas, TX.
or
Not Currently Available for Direct Purchase
Copyright © 2020 American Booksellers Association