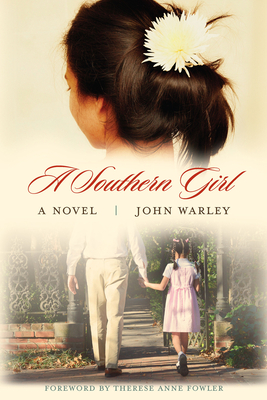 Set in historical Charleston's insular South of Broad neighborhood, A Southern Girl is a tale of international adoption and the evolution of a family. Coleman Carter is a scion of the Old South, a resourceful trial lawyer, devoted husband, and dutiful father. When his wife, Elizabeth, champions their adoption of a Korean orphan, and Soo Yun arrives, the reactions of Coleman's community open his eyes to the racism and exclusivity of his sheltered life. As the Carters forge a new family identity, Coleman must confront generations-old fears inherent in southern traditions of purity and prestige. John Warley guides us through enclaves of southern privilege in New Hampton, Virginia, and Charleston; poverty-stricken alleys of Seoul, South Korea; jungles of Vietnam; and sidewalks of San Miguel de Allende, Mexico, as father and daughter endure the trials of their pasts and present alike.

John Warley, a native South Carolinian, is a graduate of the Citadel and the University of Virginia School of Law. He practiced law in Virginia until 1993, when he moved to Mexico to write and teach. Now a full-time writer, Warley divides his time between Beaufort, South Carolina, and San Miguel de Allende, Mexico. His previous books include Bethesda's Child and The Moralist. He and his late wife, Barbara, have three sons, Caldwell, Nelson, and Carter, born in Newport News, Virginia, and a daughter, MaryBeth, born in Seoul, South Korea.
Loading...
or support indie stores by buying on