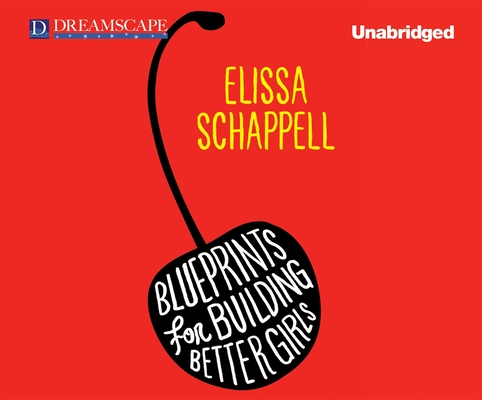 Elissa Schappell's book delves into the lives of an eclectic cast of archetypal female characters including the high school slut, the party girl, the reluctant mother, and the anorexic daughter, twisting our pre-conceived notions of who these women are, offering surprising revelations into the nature of female identity, and how it evolves. How the adolescent girl labeled the school slut in 'Monsters of the Deep' will twenty years later become a mother in 'I'm Only Going to Tell You This Once' and, faced with daunting reality of raising a teenage son, be forced to revisit her past. Whether connected by blood, friendship, or necessity, whether living in the same city or in the imagination of others, these women will create a deep and lasting impression.

On the Best Fiction of 2011 list. - Oprah
One of the Best Books of 2011. "...women continue to live, resist and question the blueprints the world hands them, and Schappell's collection masterfully illustrates this timeless dance." - eMusic
Editor's Choice. "...darkly funny...distinctive and tart...the stories have a comedic touch and ironic edge, softened by moments of memorable tenderness." - Chicago Tribune
"Schappell's stories acutely evoke the disorientation induced in women by our culture’s barrage of mixed messages..." - The New York Times
"...raw and engaging...more textured and complicated world than is usually found in collections. This, combined with the energy of the writing and the dark wit of these characters, will endear the book to Schappell's audience and fans of Lorrie Moore and Maile Meloy." - Publishers Weekly
"...brisk and satisfying..." - The New Yorker
"Schappell's sardonic, not-afraid-to-show-ugly voice quietly carries us along, linking sex and dread - not in a Scary Movie way but rather in a mode of hard-lesson suburban nihilism." - Elle
"...sharp, meticulously etched and tenuously linked...deeply affecting..." - New York Press
"[a] knockout new collection...Disarming, wickedly funny, and moving, these stories reveal girls and women on their way to becoming other people...wise and entrancing..." - Boston Globe
"...accomplished... Taken altogether, an immediacy and intimacy are offered up in this generous collection. Schappell's commanding, honest prose taps into a deeper sense of story that promises to resonate with many readers." - San Francisco Chronicle
"...well-worn elements of women's fiction are revived by Schappell's dark, funny, biting prose, gift for metaphor, and incredibly believable characters...Her smart, flawed, strong, fascinating women are the stars of the show.' - Oregon Live
"...superior fiction, the work of a talented stylist with a cold eye." - Washington Times
"...wise and witty...Schappell writes with piercing insight and good humor, but one of her greatest gifts is her restraint...Schappell's stories read like snapshots - capturing precise moments from a woman's life from a distinct perspective. Considered together, Blueprints for Building Better Girls is a treasured photo album." - BookPage
"Don't be fooled by the playful title, there's a master architect at work here...sharp, smart collection...Honest, unflinching, and deeply affecting." - Barnes & Noble Review
"Schappell's writing is entertaining...funny and smart...[Narrator] Julia Whelan...brings a sly humor to the work, with a mock earnestness with occasional emotional truth erupting beneath the surface. She is a great choice as a reader for this book." - Metapsychology.com

Elissa Schappell writes the Hot Type column for Vanity Fair, is a founding editor of the literary magazine Tin House, and co-edited The Friend That Got Away. She received her MFA from the Creative Writing Program at New York University. She has been a senior editor at The Paris Review and has contributed to numerous other magazines. Her first book, Use Me, was a finalist for the PEN/Hemingway Award. She lives in Brooklyn. READER BIO Earphones Award winner Julia Whelan grew up in the Pacific Northwest, but currently resides in Los Angeles. She is a former child actor, having appeared in multiple television shows, most notably ABC's "Once and Again." After receiving her college degree, she returned to acting and is pursuing a career in the film industry, as well as creative writing. Her audiobook credits include romance, supernatural thrillers, young adult and adult fiction.
Loading...
or
Not Currently Available for Direct Purchase