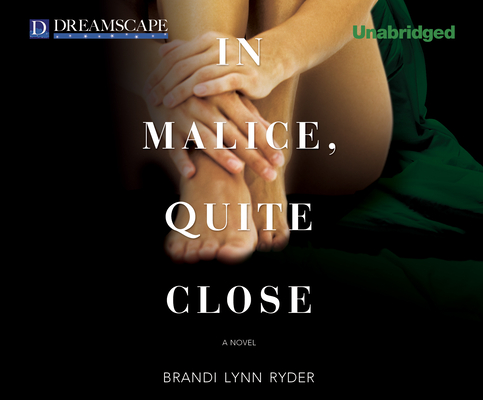 In Malice, Quite Close

French ex-pat Tristan Mourault is the wealthy, urbane heir to a world-renowned collection of art - and an insatiable voyeur enamored with Karen Miller, a fifteen-year-old from a working-class family in San Francisco. Deciding he must 'rescue' Karen from her unhappy circumstances, Tristan kidnaps her and stages her death to mask his true crime. Years later, Karen is now Gisele and the pair lead an opulent life in idyllic and rarefied Devon, Washington. But when Nicola, Gisele's young daughter, stumbles upon a secret cache of paintings - all nudes of Gisele - Tristan's carefully constructed world begins to crumble. As Nicola grapples with the tragedy that follows, she crosses paths with Amanda Miller, who comes to Devon to investigate the portraits' uncanny resemblance to her long-lost sister. Set against a byzantine backdrop of greed, artifice, and dangerous manipulations, this is an intoxicating debut that keeps its darkest secrets until the very last page.


Praise For In Malice, Quite Close…

"A modern gothic that emits a creepy glow..." - Kirkus Reviews

"...[an] accomplished and darkly sensuous debut...unlike anything else you will read this summer...a triumph. Ryder's writing is as gorgeous...The novel's many mysteries unfold carefully and beautifully, and readers will be trying to connect the dots until the very last page." - BookPage

Brandi Lynn Ryder lives in the heart of the Napa Valley. In Malice, Quite Close, her first novel, was a finalist for the 2009 Amazon Breakthrough Novel Award. READER BIOAudiobook veteran and AudioFile Earphones Award winner Michael Kramer has recorded more than one hundred audiobooks for trade publishers and many more for the Library of Congress Talking Books program. His audiobooks include North and South by john Jakes, and many other Jakes titles; Donald Westlake's mysteries, including Money for Nothing; and Robert Jordan's fantasy-adventure fiction. In addition, Michale recieved an Audie Award nomination for The Gathering Storm by Robert Jordan and Brandon Sanderson.
Loading...
or
Not Currently Available for Direct Purchase