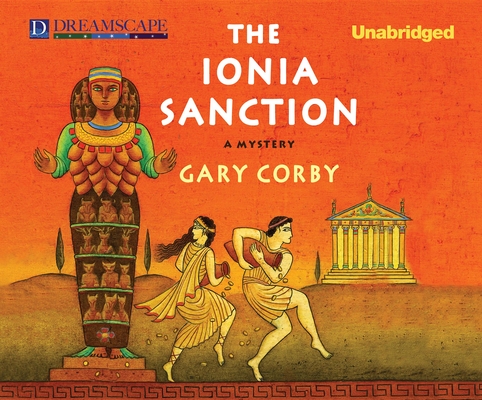 Athens, 460 B.C. Life's tough for Nicolaos, sole investigating agent in Athens. His girlfriend's left him and his boss wants to fire him. But when an Athenian official is murdered, Pericles has no choice but to put Nico on the job. The case takes Nico, with a beautiful slave girl, to the land of Ionia within the Persian Empire. The Persians will execute him on the spot if they think he's a spy. Beyond that, there are only a few minor problems: He's being chased by brigands who are only waiting for the right price before they kill him. He must meet Themistocles, the military genius who saved Greece during the Persian Wars, and then defected to the hated enemy. And to solve the crime, Nico must uncover a secret that could not only destroy Athens, but will force him to choose between love, ambition, and his own life.


Praise For The Ionia Sanction: A Mystery…

"...a colorful setting and narrow escapes...an adventure story...lively." - Kirkus Reviews
"Corby has not only made Greek history accessible - he's made it first-rate entertainment." - Kelli Stanley

Gary Corby has long been fascinated by ancient history, finding it more exciting and bizarre than any modern thriller. He's combined the ancient world with his love of whodunits, to create an historical mystery series set in classical Greece. Gary lives in Sydney, Australia, with his wife and two daughters. He blogs at A Dead Man Fell from the Sky, on all things ancient, Athenian, and mysterious. READER BIO Erik Davies is a Los Angeles based actor of stage and screen whose television credits include ER, Third Watch and Curb Your Enthusiasm. His stage credits include G.R. Point and Unpublished Letters. Erik recently recieved an Earphones Award from Audio for his narration of Open: An Autobiography by Andre Agassi.
Loading...
or
Not Currently Available for Direct Purchase