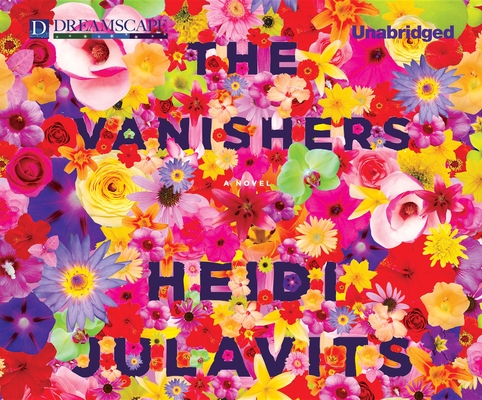 Julia Severn is a student at an elite institute for psychics. Her mentor, the legendary Madame Ackermann, afflicted by jealousy, subjects Julia to the humiliation of reliving her mother's suicide when Julia was an infant. As the two lock horns, and Julia gains power, Madame Ackermann launches a desperate psychic attack that leaves Julia the victim of a crippling ailment. But others have noted Julia's emerging gifts, and soon she's recruited to track down an elusive missing person who might have a connection to her mother. As Julia sifts through ghosts and astral clues, everything she thought she knew of her mother is called into question, and she discovers that her ability to know the minds of others goes far deeper than she ever imagined.


Praise For The Vanishers…

Heidi Julavits is the author of two previous novels, The Mineral Palace and The Effect of Living Backwards, as well as a collaborative book, Hotel Andromeda, with the artist Jenny Gage. She is a founding editor of The Believer, and her writings have appeared in Esquire, Time, The New York Times, McSweeney's among other places. She lives in Manhattan and Maine.READER BIO Xe Sands has more than a decade of experience bringing stories to life through narration, performance, and visual art, including recordings of Thrill of the Chase and Buttered Side Down. From poignant young adult fiction to powerful first-person narrative, Sands' characterizations are rich and expressive and her narrations evocative and intimate.
Loading...
or
Not Currently Available for Direct Purchase