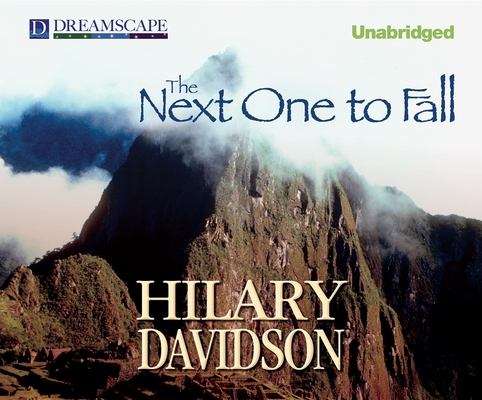 Travel writer Lily Moore has been persuaded by her closest friend, photographer Jesse Robb, to visit Peru with him. At Machu Picchu, they discover a woman clinging to life at the bottom of an ancient stone staircase. Just before the woman dies, she tells Lily the name of the man who pushed her. When the local police investigate, the forensic evidence they find doesn't match what Lily knows. Unable to accept the official ruling of accidental death, Lily hunts down the wealthy man who was the dead woman's traveling companion and discovers a pattern of dead and missing women in his wake. Obsessed with getting justice for these women, Lily sets in motion a violent chain of events that will have devastating consequences.

"...a fresh and welcome addition to the noir landscape...expect many more bleakly elegant pages from Davidson in the future." - Los Angeles Review of Books
"Lily Moore is one of the most appealing 'amateur' sleuths I've encountered in years. The vivid sense of place - Peru, in this case - is everything one would expect from a seasoned travel journalist like Hilary Davidson, the story is deliciously twisty, the characters engaging. I know I can't be the only reader looking forward to more Moore." - Laura Lippman, New York Times bestselling author of I'd Know You Anywhere
"An atmospheric mystery with an ending that packs a punch. Lily Moore is a passionate and tenacious heroine." - Meg Gardiner, author of The Nightmare Thief
"Hilary Davidson knocks it out of the park. If this book doesn't get your motor running, have someone check you for a pulse." - Reed Farrel Coleman, three-time Shamus Award-winning author of Hurt Machine

Hilary Davidson won the Anthony Award for Best First Novel for The Damage Done. The book also earned a Crimespree Award and was a finalist for the Arthur Ellis and Macavity awards. Hilary's widely acclaimed short stories have been featured in publications from Ellery Queen to Thuglit, and in many anthologies. A Toronto-born travel journalist and the author of eighteen nonfiction books, she has lived in New York City since October 2001.READER BIO Multiple Audie nominee, Earphone Award winner, and one of Audiofile's Best Voices of 2010, Hillary has been narrating audiobooks since 2006 and has done close to 100 titles. She records on a regular basis in her studio in Santa Monica, CA, as well as with other producers. Her narration consistently garners glowing reviews. "Hillary Huber's narration is lyrical enough to be set to music." (Audiofile)
Loading...
or
Not Currently Available for Direct Purchase