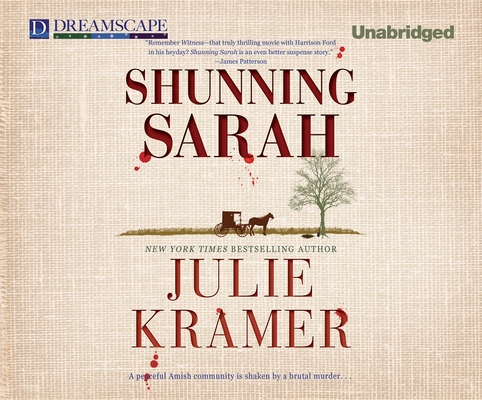 A young boy's freak accident leads Riley to investigate a homicide in the closed religious society of the Amish. No women near the small Minnesota tourist town have been reported missing and because the victim's face is damaged, she can't be identified without the help of a forensic artist. When she finally is recognized as Sarah Yoder, a young Amish woman, the police have difficulty investigating the case because the Amish believe in forgiveness rather than prosecution, and no one in the community is talking. But when Riley finds a clue the cops miss, she uncovers a dark web of fraud and deception in the community - driven by motives as old as the Bible: sex and money.

Julie Kramer writes thrillers set in the desperate world of television news. Her debut Stalking Susan, won the Minnesota Book Award and the RT Reviewers Choice Award for Best First Mystery. Her second book, Missing Mark, was nominated for the Daphne du Maurier Award for excellence in mystery/suspense. Library Journal described her third book, Silencing Sam, as her best yet in a starred review. Kramer lives with her family in White Bear Lake, MN. READER BIOBernadette Dunne has been narrating since 1997. She has been twice nominated for The Audie Award and has won six Golden Earphones awards. She studied at the Royal National Theatre in London and The Studio Theatre in Washington, DC. She has appeared at The Kennedy Center, The Washington Shakespeare Company, and Woolly Mammoth in Washington, DC. As a playwright, her work has been produced in New York, Seattle and Washington, DC. She lives in Brooklyn.
Loading...
or
Not Currently Available for Direct Purchase