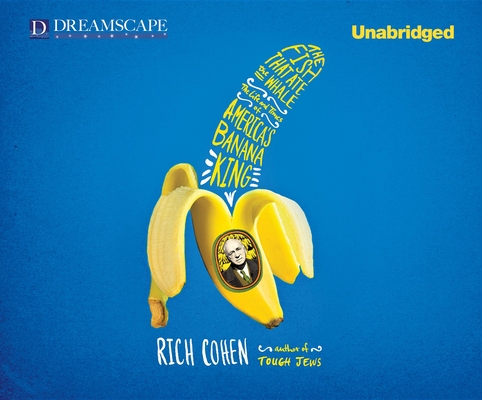 When Samuel Zemurray arrived in America in 1891, he was tall, gangly, and penniless. When he died in the grandest house in New Orleans sixty-nine years later, he was among the richest, most powerful men in the world. In between, he worked as a fruit peddler, banana hauler, dockside hustler, and plantation owner. He battled and conquered the United Fruit Company, becoming a symbol of the best and worst of the United States: proof America is the land of opportunity, but also a classic example of the corporate pirate who treats foreign nations as the backdrop for his adventures. Starting with nothing but a cart of freckled bananas, he built a sprawling empire of banana cowboys, mercenary soldiers, Honduran peasants, CIA agents, and American statesmen.

Rich Cohen is a New York Times bestselling author as well as a contributing editor at Vanity Fair and Rolling Stone. He has written seven books, including Tough Jews, Israel Is Real, and the widely acclaimed memoir Sweet and Low. His work has appeared in The New Yorker, The Atlantic Monthly, Harper's Magazine, and Best American Essays. He lives in Connecticut with his wife, three sons, and dog. READER BIORobertson Dean has recorded hundreds of audiobooks in most every genre. He's been nominated for several Audie Awards, won eight Earphones Awards, and was named one of AudioFile magazine's Best Voices of 2010. He lives in Los Angeles, where he records books and acts in film, TV, and (especially) on stage.
Loading...
or support indie stores by buying on