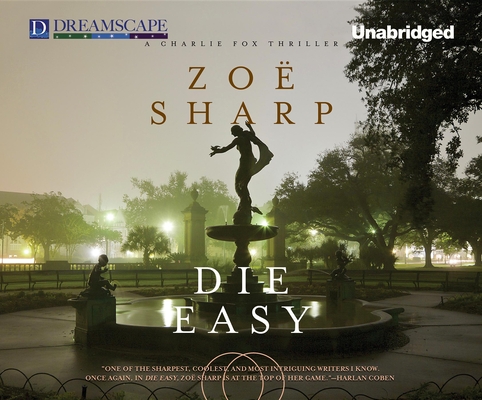 In the sweltering heat of New Orleans, former Special Forces soldier-turned-bodyguard Charlie Fox faces her toughest challenge yet. Her lover, bodyguard Sean Meyer, has woken from a gunshot-induced coma with his memory in tatters. Working with Sean again was never going to be easy for Charlie, but a celebrity fundraising event in aid of still-ravaged areas of New Orleans should have been the ideal opportunity for them both to take things nice and slow. Until, that is, they find themselves thrust into the middle of a war zone. Somebody has a major score to settle, and Sean is part of the reason. Only trouble is, he doesn't remember why. One thing is for certain, though - Charlie is never going to die easy.

Zoe Sharp, the author of the Charlie Fox series of thrillers, was born in Nottinghamshire. She lives in Cumbria with her husband. READER BIOJustine Eyre is a classically trained actress who has narrated nearly one hundred audiobooks. With a prestigious Audie Award and three AudioFile Earphones Awards under her belt, Justine is multilingual and is known for her great facility with accents. She has appeared on stage in leading roles in King Lear and The Crucible, and has starring roles in four indie films. Her recent television credits include Two and a Half Men and Mad Men.
or
Buy Here
Copyright © 2020 American Booksellers Association