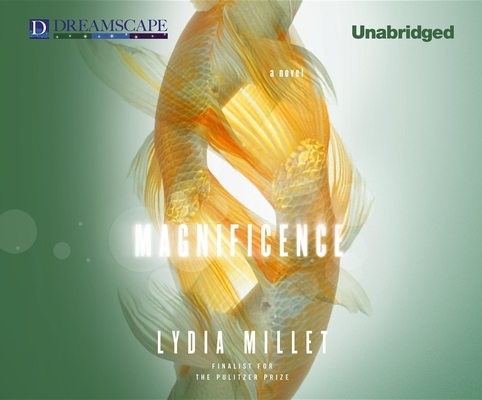 This stunning novel introduces Susan Lindley, a woman adrift after her husband's death. Suddenly gifted her great uncle's Pasadena mansion, Susan decides to restore his extensive collection of preserved animals, tending to "the fur and feathers, the beaks, the bones and shimmering tails." Meanwhile, a menagerie of uniquely damaged humans - including a cheating husband and a chorus of eccentric elderly women - joins her in residence. Funny and heartbreaking, Magnificence is the story of a woman emerging from the sudden dissolution of her family. Millet's trademark themes - evolution and extinction, children and parenthood, loss and wonder - produce a rapturous final act to the critically acclaimed cycle of novels that began with How the Dead Dream.

The author of the New York Times Notable Book Ghost Lights and eight other works of fiction, Lydia Millet has won the PEN-USA Award and been a Pulitzer Prize finalist. She lives in Tucson, Arizona. READER BIOXe Sands has more than a decade of experience bringing stories to life through narration, performance, and visual art, including recordings of Thrill of the Chase and Buttered Side Down. From poignant young adult fiction to powerful first-person narrative, Sands' characterizations are rich and expressive and her narrations evocative and intimate.
Loading...
or support indie stores by buying on