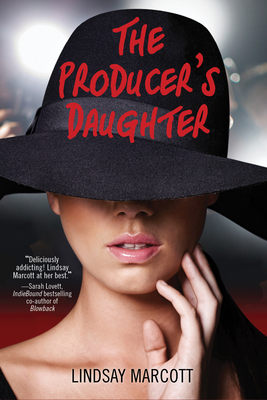 Hannah Doran is the paparazzi's dream: a perfect pedigree (wild child of a famous Hollywood producer and his gorgeous society wife, who died mysteriously in her prime); perfect friends (A-list movie stars and celebutantes); and a perfect fall from grace (convicted of grand theft after a night of glamorous excess).

But that's not the truth—or at least not what Hannah remembers. Hannah is smart, loyal...and, she insists, innocent of the crime that landed her in prison. She's now determined to make something of her life.

But it's hard to recast herself when everyone has a stake in her old role: her horribly fascinating cellmates, her ruthless father, a female studio exec with dark secrets, and a handsome, ambitious photographer, who has his own demons to slay. And when Hannah begins to uncover her family's hidden past, it puts her own life in jeopardy.

In a town built on image, fame is more compelling than redemption, and the truth can get you killed.

Lindsay Marcott has been a screenwriter, script-doctor and producer; she has written for A-list actors and for numerous magazines. She lives in Los Angeles with her husband and two wayward cats.
Loading...
or
Not Currently Available for Direct Purchase