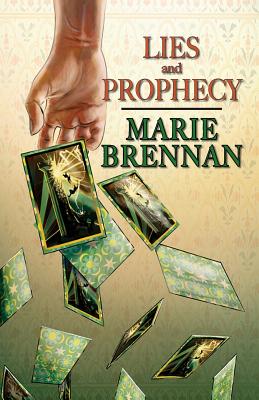 There are three kinds of lies: lies, damned lies, and prophecy. Kim never had to wonder what to major in at college. Her talent for divination made her future clear in more ways than one. But there are limits to what even a gifted seer can predict, and no card reading or prophetic dream can prepare Kim for what's to come during her junior year at Welton. Something has taken an interest in her friend Julian-an unseen force neither of them can identify. What starts as a dark omen quickly turns dangerous, as Julian finds himself under attack. To defend him, Kim will need more than her strengths; she will have to call on a form of magic she has never been able to master. If she can't learn fast enough, she may lose her friend forever. Kim knows she isn't ready for this. But if she wants to save Julian-and herself-she'll have to prove her own prophecies wrong.

Marie Brennan is the World Fantasy Award-nominated author of several fantasy series, including the Memoirs of Lady Trent, the Onyx Court, the Wilders series, and the Doppelganger duology, as well as more than forty short stories. More information can be found at www.swantower.com.
Loading...
or
Not Currently Available for Direct Purchase