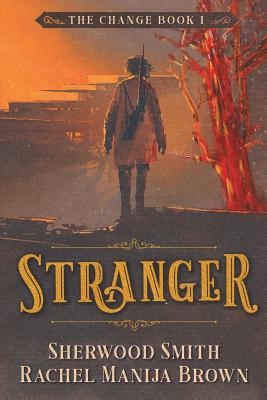 Many generations ago, cataclysm struck, rendering all machines silent, and toppling governments. A mutation, "the Change," killed many, altered more, but also granted some people unique powers. Though the area once called Los Angeles retains its cultural diversity, its technology has faded into legend. "Las Anclas" now resembles a Wild West frontier town . . . where the Sheriff possesses superhuman strength, the doctor can warp time to heal his patients, and the distant ruins bristle with deadly crystalline trees.

Teenage prospector Ross Juarez nearly loses his life when a bounty hunter tries to capture or kill him. Ross barely makes it to Las Anclas, bringing with him a precious artifact, a power no one has ever seen before, and a whole lot of trouble.

STRANGER, the first in The Change series, earned a place on the final list for the YASLA Best Fiction for Young Adults in 2014, the Rainbow List for 2016, and was also nominated for the Young Hoosier List.