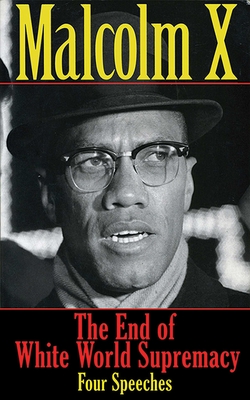 Malcolm X gave black Americans not only their consciousness, but their history, their dignity, and a new pride. No single individual can claim a more important responsibility for a sociological and historical leap forward such as the one sparked in America in the 1960s. In 1965, when Malcolm X was gunned down on the stage of a Harlem theater, America lost one of its eminent political thinkers.

Here in his own words are the revolutionary ideas that made Malcolm X one of the most charismatic and influential African-American leaders in American history. They are the thoughts of a determined leader during a turbulent, sometimes impossible time, and are invaluable in understanding not only the historical context of the Civil Rights movement but also contemporary identity and culture in the United States. These speeches document Malcolm’s progression from Black nationalism to internationalism, and are key to both understanding his extraordinary life and illuminating his angry yet uplifting cause.

Malcolm X was an important, polarizing figure of the Civil Rights Movement. Born in 1925 in Omaha, Nebraska, he became a key force in bringing America's racial issues to the government's attention. He was assassinated in 1965 in New York City.
or support indie stores by buying on
(This book is on backorder)
Copyright © 2020 American Booksellers Association