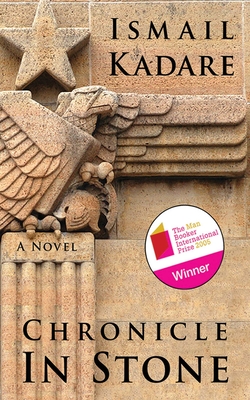 Masterful in its simplicity, Chronicle in Stone is a touching coming-of-age story and a testament to the perseverance of the human spirit. Surrounded by the magic of beautiful women and literature, a boy must endure the deprivations of war as he suffers the hardships of growing up. His sleepy country has just thrown off centuries of tyranny, but new waves of domination inundate his city. Through the boy’s eyes, we see the terrors of World War II as he witnesses fascist invasions, allied bombings, partisan infighting, and the many faces of human cruelty—as well as the simple pleasures of life.

Evacuating to the countryside, he expects to find an ideal world full of extraordinary things, but discovers instead an archaic backwater where a severed arm becomes a talisman and deflowered girls mysteriously vanish. Woven between the chapters of the boy’s story are tantalizing fragments of the city’s history. As the devastation mounts, the fragments lose coherence, and we perceive firsthand how the violence of war destroys more than just buildings and bridges.