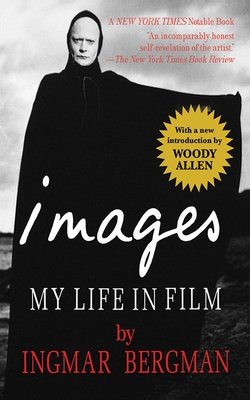 My Life in Film

Ingmar Bergman’s career spanned forty years as he produced more than fifty films, many of which are considered classics. When he began this book, Bergman had not seen most of his movies since he made them. Resorting to scripts and working notebooks, and especially to memory, he comments, brilliantly and always cogently, on his failures as well as his successes; on the themes that bind his work together; on the relationship between his life and art. More clearly than ever before, Images allows us to listen to, as Woody Allen put it, Bergman’s “voice of genius.”

Ingmar Bergman is recognized as a giant of the cinema and stage, and was an influential director, writer, and producer. He is known for such classic films as The Seventh Seal, Wild Strawberries, Persona, Cries and Whispers, and Fanny and Alexander. The Best Intentions is the first book in a trilogy that includes Sunday's Children and Private Confessions, also published by Arcade. He died in 2007 in Sweden.

Woody Allen is a writer, director, and actor. He has been a stand-up comedian and a published author. He lives on the Upper East Side of Manhattan with his wife of twenty-two years, Soon-Yi, and their two daughters, Manzie and Bechet. He is an avid jazz enthusiast and devoted sports fan. In his own words, he regrets that he has never made a great film, though he says he is still trying.
Loading...
or
Not Currently Available for Direct Purchase