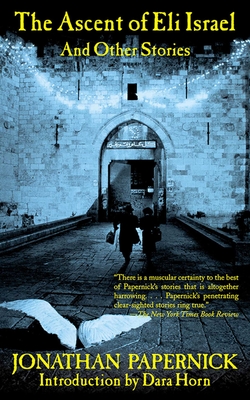 The Ascent of Eli Israel and Other Stories

In a land where sudden death is an everyday fact of life, a boy dodges bullets and searches through rubble for news of his soldier father. A middle-aged man comforts his Holocaust-survivor mother as she faces senility, convinced that Nazis are conspiring against her. And the mysterious biblical red heifer makes a startling appearance in the midst of a decidedly contemporary struggle.

In these unsettling tales, the remarkable Jon Papernick transports us to modern-day Israel, a country torn by war, strife, and controversy. Giving voice to striking characters—Israelis, Palestinians, and Americans; Arabs, Christians, and Jews—caught in the ethnic, religious, social, and political conflicts of a dangerous region, Papernick brings the images we glimpse from afar chillingly to life. Suffused with rage, violence, humor, magic, and religion, the tragic carnage of the Middle East is rendered in unforgettable form.