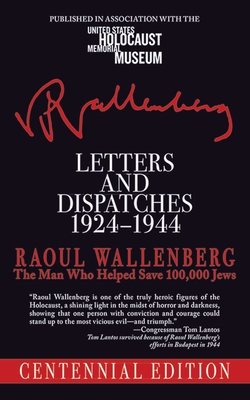 The Man Who Saved Over 100,000 Jews, Centennial Edition

Published in Association with the US Holocaust Memorial Museum.

“One of the truly heroic figures of the Holocaust”

—Congressman Tom Lantos, who survived the Holocaust because of Wallenberg

During the darkest days of World War II, Swedish diplomat Raoul Wallenberg was one of the true heroes to emerge during the Nazi occupation of Europe. He saved countless Hungarian Jews from certain death at the hands of Adolf Eichmann. Yet his story is seldom told, and with his disappearance behind the Iron Curtain in January of 1945, his fate remains a tragic mystery.

Wallenberg’s incredible story is presented here, in his own words. With material drawn from three separate collections, this is the most thorough single volume of his writings. This is the best way to understand and relate to him, and his heroic and tragic story.