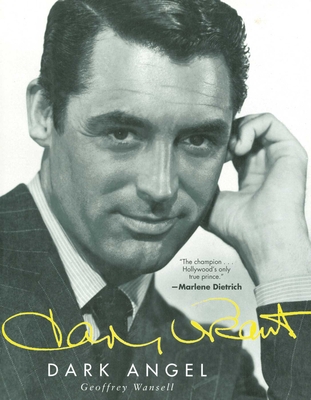 His signature jaw line and charismatic characters made him an American symbol. His films, including Bringing Up Baby, The Philadelphia Story, and North by Northwest, were timeless classics. However, Grant was also married five times and sustained a tortured, obsessive relationship with money. In this beautifully illustrated and comprehensive book, Geoffrey Wansell traces the threads of both light and darkness in one of Holly-wood’s greatest stars. As his friend and co-star Deborah Kerr wrote, he was “one of the most outstanding personalities in the history of the cinema.”

Geoffrey Wansell is a bestselling author and award winning journalist who has written more than a dozen books and worked for newspapers and magazines around the world in a career spanning five decades. His work has appeared in the Daily Mail, The Times and the Sunday Telegraph in Britain, as well as many other periodicals across all five continents. His books include biographies of the iconic movie star Cary Grant, the controversial Anglo-French business billionaire Sir James Goldsmith, the playwright Terence Rattigan and the British serial killer Frederick West, a role he was appointed to officially by the Supreme Court of England and Wales. He was also executive producer of the Twentieth Century Fox film, When the Whales Came, which starred Helen Mirren, Paul Scofield and David Suchet, with whom he went on to write a bestselling book about the actor’s role playing Agatha Christie’s Belgian detective Hercule Poirot on television over twenty five years.
or
Not Currently Available for Direct Purchase