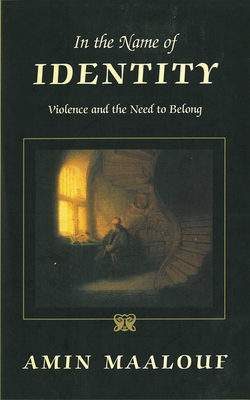 In the Name of Identity

Violence and the Need to Belong

“I want to try and understand why so many people commit crimes in the name of identity,” writes Amin Maalouf. Identity is the crucible out of which we come: our background, our race, our gender, our tribal affiliations, our religion (or lack thereof), all go into making up who we are. All too often, however, the notion of identity—personal, religious, ethnic, or national—has given rise to heated passions and even massive crimes.

Moving across the world’s history, faiths, and politics, he argues against an oversimplified and hostile interpretation of the concept. He cogently and persuasively examines identity in the context of the modern world, where it can be viewed as both glory and poison. Evident here are the dangers of using identity as a protective—and therefore aggressive—mechanism, the root of racial, geographical, and colonialist subjugation throughout history.

Maalouf contends that many of us would reject our inherited conceptions of identity, to which we cling through habit, if only we examined them more closely. The future of society depends on accepting all identities, while recognizing our individualism.