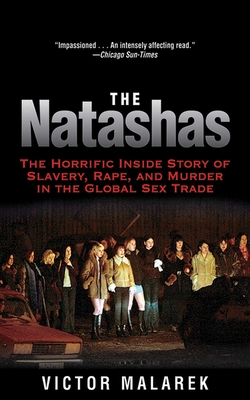 The Horrific Inside Story of Slavery, Rape, and Murder in the Global Sex Trade

On the black market, they’re the third most profitable commodity, after illegal weapons and drugs. The only difference is that these goods are human, to their handlers they are wholly expendable. They are women and girls, some as young as twelve, from all over the Eastern Bloc, where sinister networks of organized crime have become entrenched in the aftermath of the collapse of the Communist regimes.

In Israel, they’re called Natashas, whether they’re actually from Russia, Bosnia, the Czech Republic, or Ukraine. Lured into vans and onto airplanes with promises of jobs as waitresses, models, nannies, dishwashers, maids, and dancers, they are then stripped of their identification, and their brutal nightmare begins. They are sold into prostitution and kept enslaved; those who resist are beaten, raped, and sometimes killed. They often have nowhere to turn. In many cases, the men who should be rescuing them—immigration officials, police officers, or international peacekeepers—are among their most hostile aggressors. The worldwide traffic in human beings is already a crisis of epic proportions, and it continues to grow. Victor Malarek here exposes the global phenomenon of sexual trafficking, a form of twenty-first century slavery and a multibillion-dollar industry whose scope has, until now, remained largely unknown. The Natashas is an indispensable and startling call to action to seek out institutional corruption and to put a stop to this heinous crime against humanity.