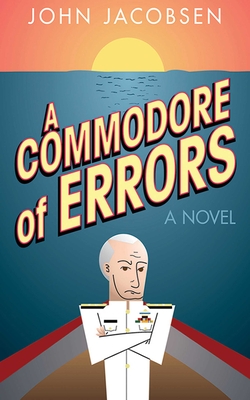 A Commodore of Errors

Commodore Thomas Dickey, the pompous second in command at the United States Merchant Marine Academy, desperately wants the top job, presently occupied by the skirt chasing Admiral Johnson. Dickey goes into cahoots with Mogie Mogelefsky, the imperious, bullying mayor of neighboring Great Neck to oust Johnson. When they succeed in exposing him in yet another peccadillo, Mogie suddenly reneges on their deal. Mogie is tired of dealing with the WASPs at the Academy and declares he wants a Jew instead.

The Commodore is quick to point out that the Academy’s by-laws require the Superintendent to have sea-going experience and that, unfortunately, it will be next to impossible to find a Jewish captain. Enter Mrs. Tannenbaume. Her sonny boy is captain of a ship, coincidentally! But Mrs. Tannenbaume has spent her entire life proclaiming it’s Tannenbaume with an E, and that she’s not Jewish. Oy.

Although the Commodore secretly plans to expose Captain Tannenbaume as a Gentile in the end, Mrs. Tannenbaume joins her son’s ship in Singapore to teach him and his new bride, a nineteen year-old Thai bar girl, to be the perfect Jewish couple. The crew on the M. V. God is Able have never seen the likes of Mrs. Tannenbaume before and they sit back and watch as she “takes the conn” from her son and everyone else who stands in her way.

A Commodore of Errors is a bawdy, sea-going romp full of lively oddballs and convoluted plot twists in the P. G. Wodehouse vein.

John Jacobsen, a graduate of the United States Merchant Marine Academy, spent fifteen years plying the world’s oceans as a ship’s officer on cargo and passenger vessels. Today, Jacobsen is a harbor pilot in the Port of Miami and the chairman of the Biscayne Bay Pilots. He lives in Miami, Florida.
Loading...
or
Not Currently Available for Direct Purchase