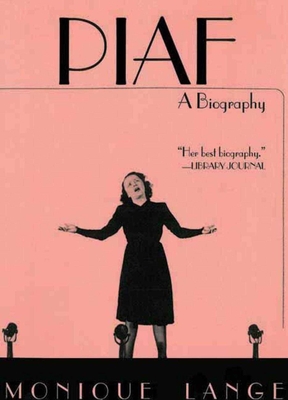 Throughout her explosive and tempestuous career, Edith Piaf cast a spell over all who came in contact with her. This tiny person, the “little sparrow” as she was called, who stood only four foot ten and performed in simple black, was a force of nature, and after her, popular singing would never be the same.
Featuring over 200 rarely reprinted photographs and letters, this classic biography documents her meteoric rise from street urchin to living legend, whose power and influence were so great that she formed an entire generation of actors and singers, including Yves Montand and Charles Aznavour. Today, when you think of the essence of France, you think of the Eiffel Tower, perfume, love, fine wine, and also Edith Piaf, and this telling of Piaf’s vie from renowned French novelist Monique Lange will transport you to the song-filled cabarets of Paris before, during, and after World War II.