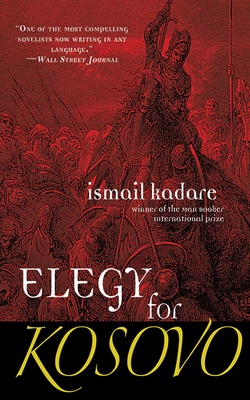 June 28, 1389: Six hundred years before Serbian leader Slobodan Milosevic called for the repression of the Albanian majority in Kosovo, there took place, on the Field of the Blackbirds, a battle shrouded in legend. A coalition of Serbs, Albanian Catholics, Bosnians, and Romanians confronted and were defeated by the invading Ottoman army of the Sultan Murad. This battle established the Muslim foothold in Europe and became the centerpiece of Serbian nationalist ideology, justifying the campaign of ethnic cleansing of Albanian Kosovars that the world witnessed with horror at the end of the past century.

In this eloquent and timely reflection on war, memory, and the destiny of two peoples, Ismail Kadare explores in fiction the legend and the consequences of that defeat. Elegy for Kosovo is a heartfelt yet clear-eyed lament for a land riven by hatreds as old as the Homeric epics and as young as the latest news broadcast.