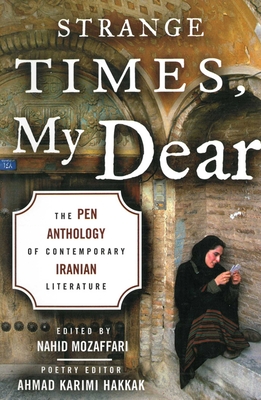 When Arcade Publishing originally contracted this extraordinary collection of poetry and literature, the Department of the Treasury was attempting to censor the publication of works from countries on America’s “enemies list.” Arcade, along with the PEN American Center, the Association of American Publishers Professional and Scholarly Publishing Division, and the Association of American University Presses, filed a lawsuit in federal court against the United States government. Their landmark case forced the Office of Foreign Assets Control to change their regulations regarding editing and publishing literature in translation, and Arcade is proud to reissue this anthology that showcases the developments in Iranian literature over the past quarter-century.
Since the Iranian revolution of 1979, the United States has been virtually cut off from that country’s culture. Despite severe difficulties imposed by social, political, and economic upheavals, as well as war, repression, and censorship, a veritable cultural renewal has taken place in Iran over the past quarter-century, not only in literature, but in music, art, and cinema. Over forty writers from three generations contributed to this rich and varied collection—or, to use the Persian term, golchine, a bouquet—one that provides a much-needed window into a largely undiscovered branch of world literature. In the wake of the Green Revolution and sweeping changes in the region, this particular golchine is more relevant than ever, and will bring literary enjoyment as well as a fuller understanding of a complex and ever-shifting culture.