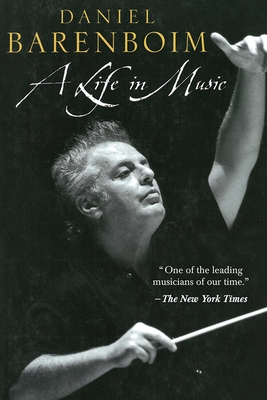 A Life in Music

A Life in Music reviews five decades of the rich and uniquely varied musical life of Daniel Barenboim. A child prodigy as a pianist and a virtuoso conductor of symphonies and opera, he has known and worked with many of the most distinguished and exciting musicians of the 20th century, not least his own wife Jacqueline du Pré. With memories of music heard and performed, and thoughtful examinations of global influences and professional inspiration, A Life in Music offers a profound window to the mind of one of the twentieth century’s greatest musicians.

In this definitive edition, Barenboim discusses his work in Bayreuth, where he has been the most important artistic influence on the annual Wagner Festival; his involvement with the rebirth of the Berlin State Opera House in post-wall Berlin, and as conductor of two great orchestras in Berlin and Chicago; his thoughts on the state of Israel and his work with young Israeli and Arab musicians in Germany; his worldwide travels, his discovery of young talent and his insights into the changing world of music.