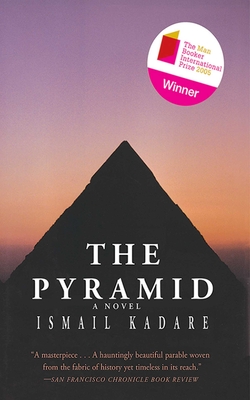 Egypt in the twenty-sixth century BC. The young pharaoh Cheops wants to forgo the construction of a pyramid in his honor, but his court sages hasten to persuade him otherwise. The pyramid, they tell him, is not a tomb but a paradox, designed to appease the masses by oppressing them. It is a symbol of nothing, a useless and infinite project designed to waste the country’s wealth and keep security and prosperity, ever the fonts of sedition, constantly at bay. And so the greatest pyramid in the world has ever seen begins to rise.

Rumors multiply. A secret police is formed. Conspiracies—real and imagined—swirl around the rising edifice. The most drastic purges follow. By the time the first stone is laid, Cheops’s subjects are terrified enough to yield to his most murderous whims. Each time one of the massive stones is hoisted into place, dozens of men are crushed, and there are tens of thousands of stones. . . .