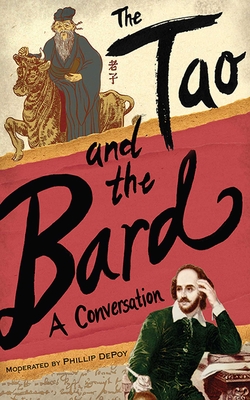 The Tao Te Ching or Book of the Way of Virtue is a touchstone of Eastern philosophy and mysticism. It has been called the wisest book ever written, and its author, Lao Tzu, is known as the Great Archivist. Shakespeare, the Bard, was the West’s greatest writer and even invented human nature, according to some. The Tao and the Bard is the delightful conversation between these two unlikely spokesmen, who take part in a free exchange of views in its pages. Here, in his own words, Lao Tzu offers the eighty-one verses that comprise the Tao, and, responding to each verse, the Bard answers with quotations from his plays and poems. In sometimes surprising ways, Shakespeare’s words speak to Lao Tzu’s, as the two trade observations on good and evil, love and virtue,  wise fools and foolish wisdom, and being and the “nothing from which all things are born.” Here is a new take on an old dialogue between East and West, with the reader invited to take part—whether to parse the meanings closely or sit back and enjoy the entertainment.

Lao Tzu: Is the world unkind?/Nature burns up life like a straw dog.
Skakespeare: Allow not nature more than nature needs,/Man’s life is as cheap as beasts . . . (Lear, King Lear)

Lao Tzu: Tao is elusive./Looking you never see,/listening you never hear,/grasping you never hold.
Shakespeare: The eye sees not itself/But by reflection, by some other things. (Brutus, Julius Caesar)