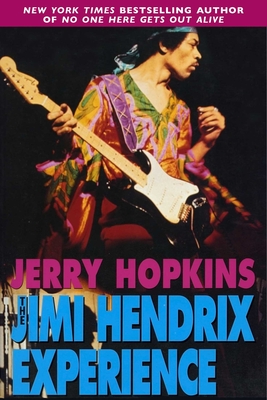 It’s been over forty years since the tragic death of Jimi Hendrix, yet his popularity is undiminished and his place as the preeminent electric guitarist of the ages is still unrivaled. In The Jimi Hendrix Experience, bestselling author and rock aficionado Jerry Hopkins delves into the legendary life and career of the greatest man to ever pick up a guitar.

With a consistent mix of greatness and madness, learn why the man who only released three studio albums during his life could forever transform not only music, but also a generation. While he’ll always be remembered for his incredible performance at Woodstock in 1969, Hopkins shows the true side of Hendrix: from his early childhood and the beginning of his career to his early death and the controversial battle of control over his estate that still wages on.

With incredible photographs depicting Hendrix’s rise to the top, The Jimi Hendrix Experience is the ultimate biography of the “Voodoo Chile.” Hendrix’s legacy and music will live on for generations to be enjoyed by and to live on with fans of all ages. And now, thanks to Hopkins, his life can be relived through this incredible biography.

Jerry Hopkins is the bestselling author of several rock biographies, including Elvis and No One Here Gets Out Alive, on Jim Morrison. A former contributing editor to Rolling Stone for twenty years, Hopkins now lives in Bangkok, Thailand.
Loading...
or
Not Currently Available for Direct Purchase