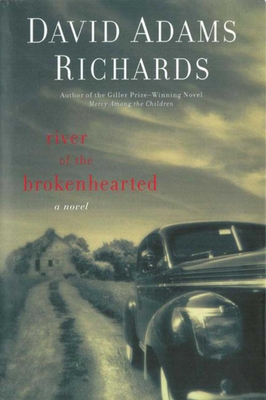 River of the Brokenhearted

From David Adams Richards, winner of the Giller Prize and the Governor General’s Award, comes a magnificent and haunting novel about the entwinement of remembered love and unforgotten hate.

Spanning generations, River of the Brokenhearted tells the life and legacy of Janie McCleary, a strong-willed Irish Catholic girl who dares to marry a man from the Church of England. Their union is quickly deemed scandalous, and when her husband dies young, just before the Great Depression, Janie is left alone to raise a family and run a business—the first movie theater in town. Through the strength of her character, she succeeds in a world of men. For that she is ostracized and becomes a victim of double-dealing and overt violence. Based on the author’s own grandmother, Janie is a pioneer before the age of feminism, but her salty individualism burdens the lives of her children and grandchildren.

Writing with compassion and mastery, Richards muses on the tyranny of memory and history, and peers into the hearts of extraordinary characters. There he finds an alchemy of venality and goodwill, deceit and brotherliness, marked cruelty and true love. Once again, David Adams Richards has brought us a work of astonishing grace, rooted in his special territory on the great river Miramichi of New Brunswick, but firmly universal in scope.

Praise For River of the Brokenhearted: A Novel…

"David Adams Richards is one of the exceptional writers of our time."
— Alistair Macleod

"Richards is as Shakespearean in his tragicomic humor as in his elemental themes of good and evil, hatred and love."
— Maclean's

"David Adams Richards is one of the exceptional writers of our time."
— Alistair Macleod

"Richards is as Shakespearean in his tragicomic humor as in his elemental themes of good and evil, hatred and love."
— Maclean's

David Adams Richards is the acclaimed author of numerous works of both fiction and nonfiction. His novel Mercy Among the Children won the Giller Prize and the Atlantic Monthly Editors’ Choice Award, and he has also won the Governor General’s Award and been named a member of the Order of Canada. He lives in Fredericton, New Brunswick.
Loading...
or
Not Currently Available for Direct Purchase