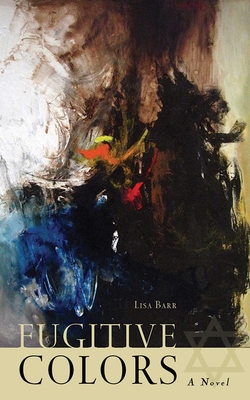 Stolen art, love, lust, deception, and revenge paint the pages of veteran journalist Lisa Barr’s debut novel, Fugitive Colors, an un-put-down-able page-turner. Booklist calls the WWII era novel, "Masterfully conceived and crafted, Barr’s dazzling debut novel has it all: passion and jealousy, intrigue and danger." Fugitive Colors asks the reader: How far would you go for your passion? Would you kill for it? Steal for it? Or go to any length to protect it?

Hitler’s War begins with the ruthless destruction of the avant-garde, but there is one young painter who refuses to let this happen. An accidental spy, Julian Klein, an idealistic American artist, leaves his religious upbringing for the artistic freedom of Paris in the early 1930s. Once he arrives in the “City of Light,” he meets a young German artist, Felix von Bredow, whose larger-than-life personality overshadows his inferior artistic ability, and the handsome and gifted artist Rene Levi, whose colossal talent will later serve to destroy him. The trio quickly becomes best friends, inseparable, until two women get in the way—the immensely talented artist Adrienne, Rene’s girlfriend with whom Julian secretly falls in love, and the stunning artist’s model Charlotte, a prostitute-cum-muse, who manages to bring great men to their knees.

Artistic and romantic jealousies abound, as the characters play out their passions against the backdrop of the Nazis' rise to power. Felix returns to Berlin, where his father, a blue-blooded Nazi, is instrumental in creating the master plan to destroy Germany’s modern artists, and seeks his son’s help. Bolstered by vengeance, Felix will lure his friends to Germany, an ill-fated move, which will forever change their lives. Twists and turns, destruction and obsession, loss and hope will keep you up at night, as you journey from Chicago to Paris, Berlin to New York. With passionate strokes of captivating prose, Barr proves that while paintings have a canvas, passion has a face—that once exposed, the haunting images will linger . . . long after you have closed the book.

Author Lisa Barr's award-winning debut novel FUGITIVE COLORS, a suspenseful tale of stolen art, love, lust, and revenge on the "eve" of WWII, won the IPPY gold medal for "Literary Fiction 2014" -- by the Independent Book Publishers Association. In addition, FUGITIVE COLORS has been optioned for a movie by Hollywood Producer Arthur Sarkissian (Rush Hour trilogy, While You Were Sleeping).

A journalist for more than 20 years, Lisa served as an editor for The Jerusalem Post for five years, covering Middle East politics, lifestyle, and terrorism in Jerusalem. Among the highlights of her career, Lisa covered the famous "handshake" between the late Israeli Prime Minister Yitzhak Rabin, the late PLO leader Yasser Arafat, and President Bill Clinton at the White House.

Following the assassination of Prime Minister Rabin, Lisa profiled his wife Leah for Vogue magazine, and they maintained a friendship until Mrs. Rabin's death. She later served as managing editor of Moment magazine based in Washington, DC, which was co-founded by Nobel Peace Prize winner Elie Wiesel. Most recently, she worked as an editor/staff reporter for the Chicago Sun-Times, covering lifestyle, sex & relationships, and celebrities. She earned her master's degree from the Medill School of Journalism, Northwestern University.

Booklist says this about FUGITIVE COLORS: "Masterfully conceived and crafted, Barr's dazzling debut novel has it all: passion and jealousy, intrigue and danger."

Lisa is also the creator of the popular website and blog "GIRLilla Warfare: A Mom's Guide to Surviving the Suburban Jungle" which launched in May, 2012.

Her greatest joy is writing while raising her three beautiful daughters, and stealing away for "coffee time" with her husband David Barr. She lives in the Chicago area, with her family, two dogs, and lots of Girl Drama - fodder for her next novel ...
Loading...
or
Not Currently Available for Direct Purchase