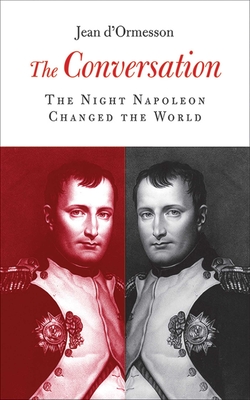 Several years after the French Revolution, in the winter of 1804, Napoleon Bonaparte has to make a crucial decision: to keep the main ideals of the new France alive or to elevate the country into a powerful base by making it an empire and becoming emperor.

One evening at the Tuileries Residence in Paris, Second Consul Jean-Jacques Cambacérès, a brilliant law scholar and close ally, listens as Napoleon struggles to determine what will be best for a country much weakened by ten years of wars and revolutions. Torn between his revolutionary ideals and his overwhelming longing for power, Napoleon Bonaparte declares that it can only be achieved by his taking the throne.

Bonaparte attempts to rally Cambacérès to his cause and maps out in great detail why France must become an empire, with him as its Emperor. The Republican hero desires only one thing: to forge his legend during his lifetime. France has arrived at a crossroads, and Bonaparte must break many barriers to fulfill his ambition. “An empire is a Republic that has been enthroned,” he declares. And so, through the night, French history is made. With historical erudition, d’Ormesson remarkably captures the man’s vertigo of triumph, which ultimately leads to his fall.