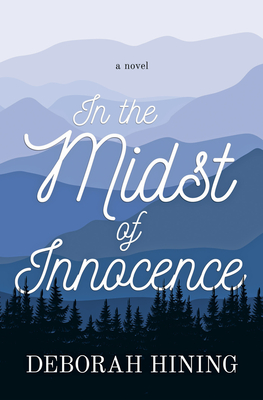 In the Midst of Innocence (Paperback)

<b>"An endearing ballad of the struggle for existence and understanding." <i>–Booklist</i></b> <br><br>Ten-year-old Pearl Wallace is living in the mountains of rural Tennessee in the depths of the Great Depression and several years into Prohibition. <br> <br><b>Pearl struggles with her moral dilemmas: What can she do to protect her best friend Darlene from an abusive stepfather? And, especially, <i>how much does she need to tithe on the money she has earned from stealing her daddy’s moonshine and selling it?</i></b> <br> <br>Meanwhile, Emily Weston, a missionary, has come to “lift the poor hillbillies of the region out of their ignorance and misery.” Coming from a place of affluence and privilege, she is quickly overwhelmed by the social and racial issues facing her students and their families. <br> <br><b>When murder, fire, and heartbreak threaten those they love, Pearl and Emily must confront the hate and bigotry of their neighbors.</b> Emily’s time in the mountains will be one not of saving souls, but of personal reckoning.

Deborah Hining believes that life is pretty much perfect as long as it holds a sense of destiny. Her destiny has led her to be many things: wife, mother, and grandmother, and also actress, award-winning playwright, theatrical director, college instructor, and Certified Financial Planner (or as she calls it, "Financial Fairy Godmother"). She earned her B.A. in Communication and M.A. in Theater from the University of Tennessee and her PhD in Theater from Louisiana State University. Deborah is proud to be a bone fide hillbilly, having grown up in a very isolated village in the hills of East Tennessee. From an early age, Deborah wanted to be a poet, and her greatest ambition was to see her words published in a book. Now, after a long and checkered life with many detours, she has realized her ambition, having published two award-winning novels. Deborah has been described as a “remarkable talent” with “a knack for descriptive writing” that is “fluid and easy to read.”Her first book, A Sinner in Paradise, won the bronze medal from Foreword Reviews Book of the Year in Romance, and the sequel, A Saint in Graceland, received the bronze medal for Foreword Reviews Book of the Year in Religion. Her third book, In the Midst of Innocence, combines the “characters that come vividly alive,” “the sense of place “ and the “rich elements of faith” that define her work. Deborah lives at Corinne's Orchard, a farm in Durham County, North Carolina, surrounded by her extended family. You can find her most days working in one of the gardens, writing, being Grandma, and generally giving thanks for her abundant life.

Praise For In the Midst of Innocence…

“Hining beautifully expresses Pearl’s inner and spoken voices, which resemble those of Cassandra Mortmain in Dodie Smith’s I Capture the Castle (1948) and vivifies a compelling twist on the familiar evangelistic journey of saving the uncivilized. An endearing ballad of the struggle for existence and understanding.”  —Booklist
or
Not Currently Available for Direct Purchase
Copyright © 2020 American Booksellers Association