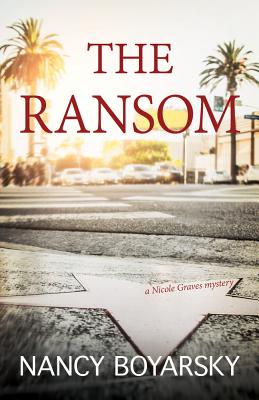 As a newly minted private investigator, Nicole Graves expects to take on legal cases for corporate clients. But when her client’s son, Brad Rexton, is killed trying to protect his wife, Ashley, from a home invasion-turned-kidnapping, the firm is hired to investigate. Nicole soon discovers that Ashley is not the person she claims to be, but her real identity remains a mystery.

Meanwhile, a long-delayed and undesired inheritance is finally deposited into Nicole’s bank account. Within a few days, someone dear to Nicole is kidnapped in the same manner as Ashley. The perpetrators demand Nicole’s full inheritance as ransom. She’s willing to hand the money over but finds it’s not so easy. The kidnappers have an uncanny ability to track her every move, and they suspect a trap. When their most terrifying threat is delivered to her door, Nicole is faced with a terrible choice: Should she count on the police or risk going it alone?

“Nicole Graves is a charming and straight-shooting heroine” – Foreword Reviews

“Nicole Graves is the best fictional sleuth to come down the pike since Sue Grafton’s Kinsey Millhone.” – Laura Levine, author of the popular Jaine Austen Mysteriesbr>
The Nicole Graves Mysteries

Nancy Boyarsky is the award-winning author of the Nicole Graves mysteries. Nancy's books have been compared to Mary Higgins Clark and are praised for contributing to the "women-driven mystery field with panache" (Foreword Reviews) as well as for their "hold-onto-the-bar roller coaster" plots (RT Book Reviews).Nancy has been a writer and editor for her entire working career. She coauthored Backroom Politics, a New York Times notable book, with her husband Bill Boyarsky. She has written several textbooks on the justice system as well as written articles for publications such as the Los Angeles Times, Forbes, and McCall’s. She also contributed to political anthologies, including In the Running, about women’s political campaigns, and The Challenge of California by the late Eugene Lee. In addition to her writing career, she was communications director for political affairs for ARCO. Her debut novel The Swap—book one of the Nicole Graves Mysteries—won the prestigious Eric Hoffer award for Best Micro Press Book of the Year. Nancy is a graduate of U.C. Berkeley with a major in English literature. She lives in Los Angeles. Readers can connect with her online at her website nancyboyarsky.com.
Loading...
or
Not Currently Available for Direct Purchase