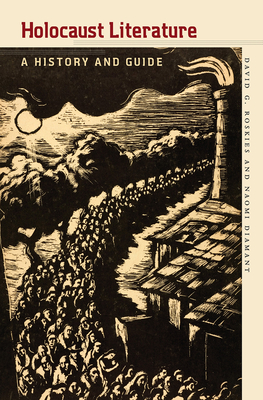 What is Holocaust literature? When does it begin and how is it changing? Is there an essential core that consists of diaries, eyewitness accounts of the concentration camps, and tales of individual survival? Is it the same everywhere: West and East, in Australia as in the Americas, in poetry as in prose? Is this literature sacred and separate, or can it be studied alongside other responses to catastrophe? What works of Holocaust literature will be read a hundred years from now—and why? Here, for the first time, is a historical survey of Holocaust literature in all genres, countries, and major languages. Beginning in wartime, it proceeds from the literature of mobilization and mourning in the Free World to the vast literature produced in Nazi-occupied ghettos, bunkers and places of hiding, transit and concentration camps. No less remarkable is the new memorial literature that begins to take shape within weeks and months of the liberation. Moving from Europe to Israel, the United States, and beyond, the authors situate the writings by real and proxy witnesses within three distinct postwar periods: “communal memory,” still internal and internecine; “provisional memory” in the 1960s and 1970s, when a self-conscious Holocaust genre is born; and “authorized memory,” in which we live today. Twenty book covers—first editions in their original languages—and a guide to the “first hundred books” show the multilingual scope, historical depth, and artistic range of this extraordinary body of writing.

DAVID G. ROSKIES is the Sol and Evelyn Henkind Chair in Yiddish Literature and Culture at the Jewish Theological Seminary. He also holds a joint appointment in Yiddish literature at the Hebrew University of Jerusalem. Prof. Roskies was elected to the American Academy of Arts and Sciences in 2012 for his contributions to the field of literary criticism. NAOMI DIAMANT is director of Dean’s Office Affairs, Stern School of Business, New York University.
or
Not Currently Available for Direct Purchase
Copyright © 2020 American Booksellers Association