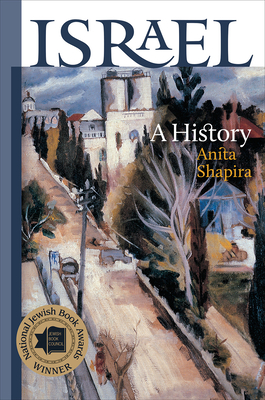 Winner of the National Jewish Book Award in History (2012)
Winner of the Azrieli Institute Award for Best Book in Israel Studies in English or French (2014) Written by one of Israel's most notable scholars, this volume provides a breathtaking history of Israel from the origins of the Zionist movement in the late nineteenth century to the present day. Organized chronologically, the volume explores the emergence of Zionism in Europe against the backdrop of relations among Jews, Arabs, and Turks, and the earliest pioneer settlements in Palestine under Ottoman rule. Weaving together political, social, and cultural developments in Palestine under the British mandate, Shapira creates a tapestry through which to understand the challenges of Israeli nation building, including mass immigration, shifting cultural norms, the politics of war and world diplomacy, and the creation of democratic institutions and a civil society. References to contemporary diaries, memoirs, and literature bring a human dimension to this narrative history of Israel from its declaration of independence in 1948 through successive decades of waging war, negotiating peace, and building a modern state with a vibrant society and culture. Based on archival sources and the most up-to-date scholarly research, this authoritative history is a must-read for anyone with a passionate interest in Israel. Israel: A History will be the gold standard in the field for years to come.

ANITA SHAPIRA is a professor emerita at Tel Aviv University. An internationally acclaimed scholar with a special interest in social and cultural history, Shapira has published pathbreaking studies on the history of Zionism, Jewish-Arab relations, and the state of Israel.
Loading...
or
Not Currently Available for Direct Purchase