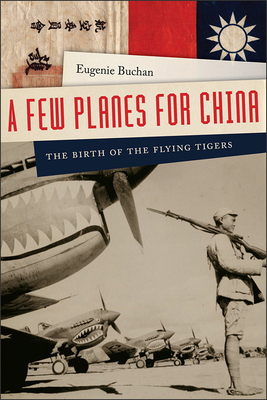 A Few Planes for China

The Birth of the Flying Tigers

On December 7, 1941, the surprise attack on Pearl Harbor plunged the United States into armed conflict with Japan. In the following months, the Japanese seemed unbeatable as they seized American, British, and European territory across the Pacific: the Philippines, Singapore, Hong Kong, the Dutch East Indies. Nonetheless, in those dark days, the US press began to pick up reports about a group of American mercenaries who were bringing down enemy planes over Burma and western China. The pilots quickly became known as Flying Tigers, and a legend was born. But who were these flyers for hire and how did they wind up in the British colony of Burma? The standard version of events is that in 1940 Colonel Claire Chennault went to Washington and convinced the Roosevelt administration to establish, fund, and equip covert air squadrons that could attack the Japanese in China and possibly bomb Tokyo even before a declaration of war existed between the United States and Japan. That was hardly the case: although present at its creation, Chennault did not create the American Volunteer Group. In A Few Planes for China, Eugenie Buchan draws on wide-ranging new sources to overturn seventy years of received wisdom about the genesis of the Flying Tigers. This strange experiment in airpower was accidental rather than intentional; haphazard decisions and changing threat perceptions shaped its organization and deprived it of resources. In the end it was the British—more than any American in or out of government—who got the Tigers off the ground. On the eve of Pearl Harbor, the most important man behind the Flying Tigers was not Claire Chennault but Winston Churchill.

Praise For A Few Planes for China: The Birth of the Flying Tigers…

“This is an impressive revisionist monograph that unpicks one of the more mythic events in the history of World War II in Asia: the founding of the ‘Flying Tigers’, the nickname for the American Volunteer Group (AVG) that operated in China in the years before Pearl Harbor. . . A compellingly-written and deeply researched account that will be of great interest to all scholars of the history of airpower in World War II.”
— Aerospace

EUGENIE BUCHAN is an American independent historian living in London and the granddaughter of Bruce Leighton, a World War I naval aviator and international aircraft broker who played an early and crucial role in the birth of the Flying Tigers. She holds a PhD from Exeter University.
Loading...
or
Not Currently Available for Direct Purchase