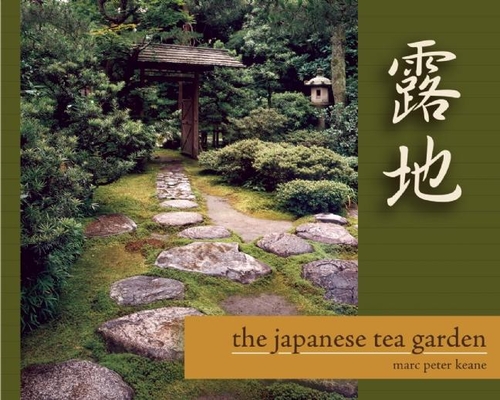 "A necessary addition to the library of any serious student."--The New York Times Sunday Book Review

Almost every Japanese garden is influenced by the tea garden. Here, Marc Peter Keane describes the history, design, and aesthetics of tea gardens, from T'ang China to the present day, with over 115 stunning photographs, floor plans, and illustrations. The most extensive book on this genre ever published in English, The Japanese Tea Garden is a rich resource for garden lovers, historians, and landscape architects.

Landscape architect Marc Peter Keane lived in Kyoto for twenty years and has a design practice in Ithaca, New York.

Marc Peter Keane, a graduate of Cornell University, is an American landscape architect and author. He lived in Kyoto, Japan, for nearly 20 years, and specializes in Japanese garden design. Presently, he maintains a design office in Ithaca, New York. He is the author of several books about garden design: Japanese Garden Design (an introduction to the culture and design of Japanese gardens); Sakuteiki: Visions of the Japanese Garden (a translation of Japan's oldest gardening text, co-authored with Prof. Jiro Takei), The Art of Setting Stones (a collection of philosophical essays on gardens), and The Japanese Tea Garden (history and aesthetics of Japanese tea gardens). Keane has worked as a lecturer in the Department of Environmental Design at the Kyoto University of Art and Design and at Cornell University, and is a fellow at the Research Center for Japanese Garden Art, Kyoto, Japan, and the Institute for Medieval Japanese Studies, New York. He has lectured widely throughout the United States, England, and Japan. Keane also acted as chairman of Kyoto Mitate International for many years, a non-profit organization that worked to revitalize Kyoto's traditional environments and cultural heritage.
or
Not Currently Available for Direct Purchase
Copyright © 2020 American Booksellers Association