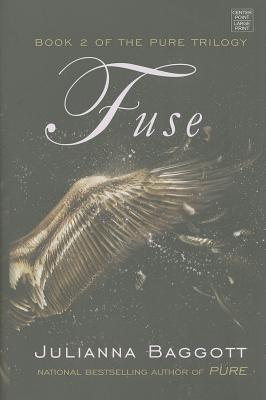 Book 2 of the Pure Trilogy
"We want our son returned. "
"This girl is proof that we can save you all. If you ignore our plea, we will kill our hostages one at a time."
To be a Pure is to be perfect, untouched by Detonations that scarred the earth, and sheltered inside the paradise that is the Dome. But Partridge escaped to the outside world, where Wretches struggle to survive amid smoke and ash. Now, at the command of Partridge's father, the Dome is unleashing nightmare after nightmare upon the Wretches in an effort to get him back.
At Partridge's side is a small band of those united against the Dome: Lyda, the warrior; Bradwell, the revolutionary; El Capitan, the guard; and Pressia, the young woman whose mysterious past ties her to Partridge in ways she never could have imagined. Long ago a plan was hatched that could mean the earth's ultimate doom. Now only Partridge and Pressia can set things right.
To save millions of innocent lives, Partridge must risk his own by returning to the Dome and facing his most terrifying challenge. And Pressia, armed only with a mysterious Black Box containing a set of cryptic clues, must travel to the very ends of the earth, to a place where no map can guide her. If they succeed, the world will be saved. But should they fail, humankind will pay a terrible price . . .

JULIANNA BAGGOTT is the author of sixteen books--published and forthcoming--including national bestseller "Girl Talk" and "Which Brings Me to You" (co-written with Steve Almond); three books of poems, and seven novels for young readers, most notably "The Anybodies" trilogy, under the pen name N.E. Bode. Her work has appeared in dozens of publications, including "The New York Times, Washington Post, Boston Globe, Best American Poetry 2000, 180 More Extraordinary Poems for Everyday" (ed. Billy Collins), "The Southern Review," "TriQuarterly," "Virginia Quarterly Review," "Poetry," "Glamour," "Ms. Magazine," and read on NPR's "Talk of the Nation."
Loading...
or
Not Currently Available for Direct Purchase