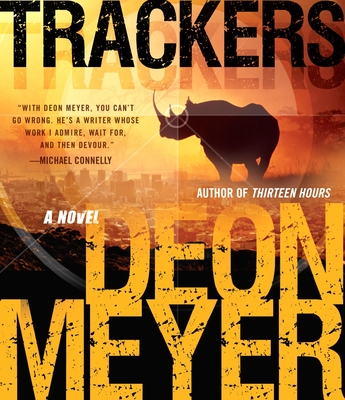 A Muslim attack in Cape Town? Too far-fetched. It can’t be true. So why is the Presidential Intelligence Agency so desperate to intercept a shipment? Why is the CIA bringing in its big guns? And why, if it’s only a rumor, is it having such violent consequences—on the life of Milla Strachan, a former housewife who just wanted to live a little dangerously; Lemmer, a freelance bodyguard turned reluctant smuggler; and former cop Mat Joubert, who’s working on his first case as a private eye? Before long, the trail of death stretches from the Chizarira to the Cape Waterfront.

“Vance expertly uses emphasis and pacing to capture the suspense of seemingly disparate story lines . . . [and] adds to the authenticity of the experience by supplying South African accents with appropriate touches of British and Afrikaans dialects.”
—AudioFile

“Meyer demonstrates his superb gift for bringing together several disparate plots, striking characters, and vividly drawn scenes of contemporary South Africa, all roaring toward a climax with more than one surprise.”
—Library Journal [HC starred review]

SIMON VANCE is a prolific and popular audiobook narrator and actor with several hundred audiobooks to his credit. An Audie® Award-winner, Vance was recently named "The Voice of Choice" by Booklist magazine.
Loading...
or support indie stores by buying on