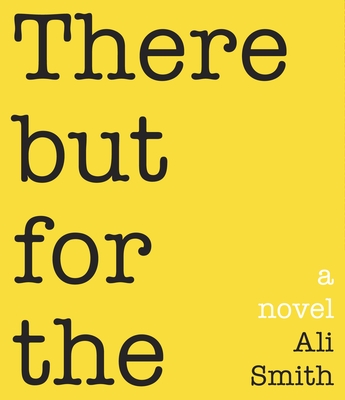 There But For The

At a dinner party in the posh London suburb of Greenwich, Miles Garth suddenly leaves the table midway through the meal, locks himself in an upstairs room, and refuses to leave. An eclectic group of neighbors and friends slowly gathers around the house, and the story of Miles is one told from the points of view of four of them: a woman in her forties called Anna, a man in his sixties called Mark, a woman in her eighties called May, and a ten-year-old child called Brooke. The thing is . . . none of these people knows Miles anything more than glancingly. So how much is it possible to know about a stranger? And what are the consequences of even the most casual, most fleeting meetings we have every day with other human beings?

Brilliantly audacious, disarmingly playful, full of Smith’s trademark wit and puns, There But For The is a deft exploration of the human need for separation—from our pasts and from one another—and the redemptive possibilities for connections.


Praise For There But For The…

“So much more than the sum of its parts. . . . This fine, unusual novel is sweet and melancholy, indulgent of language and of the fragile oddballs who so relish in it.”
—Publishers Weekly [HC starred review]

“The sweet lilt in Anne Flosnik’s intonation lifts this unusual audiobook to a notable height. . . . Smith’s prose is successful more often than not with its thought-provoking plot twists and unconventional characters. Listeners hoping for something different will find what they seek in this recording.”
—AudioFile

“There is often concern that a complex or experimental novel doesn’t translate well into audio. The belief is that you need to closely study what has been written. I don’t doubt that this is true in some cases, but not here. There But For The made a wonderful audiobook. Anne Flosnik, who is fantastic at interpreting what must have been a daunting novel, provided vocal cues that helped me navigate the landscape.”
—Literate Housewife

ANNE FLOSNIK is an award winning audiobook narrator, with Earphones Awards, an ALA Award, Best Audiobook of the Year awards from both Library Journal and AudioFile magazine for Little Bee, and has been an Audie Finalist three times. She has over 300 titles to her credit.

ALI SMITH has written six works of fiction including Hotel World, which was shortlisted for both the Man Booker Prize and the Orange Prize and won the Encore Award and the Scottish Arts Council Book of the Year Award. Born in Inverness, Scotland, she now lives in Cambridge, England.
Loading...
or
Not Currently Available for Direct Purchase